Incorporated in 1979, The Killarney Foundation Inc. is officially registered as a Public Foundation by the Canadian Revenue Agency. The Board of Directors consists of six volunteers, appointed for four year terms, renewable once only, to represent the community.

The Killarney Foundation Inc. manages and administers endowment funds established by people from all walks of life. Our donors share in the commitment to make Killarney “a better place to live”.

The Killarney Foundation Inc. fulfills this objective through wise and effective grant-making that meets the needs of the community, while respecting donor wishes. More than $4,300,000.00 Dollars has been distributed since inception. 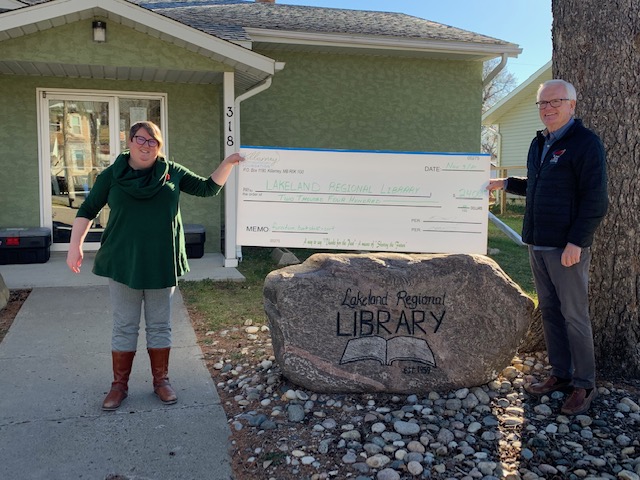 OUR BOARD OF DIRECTORS 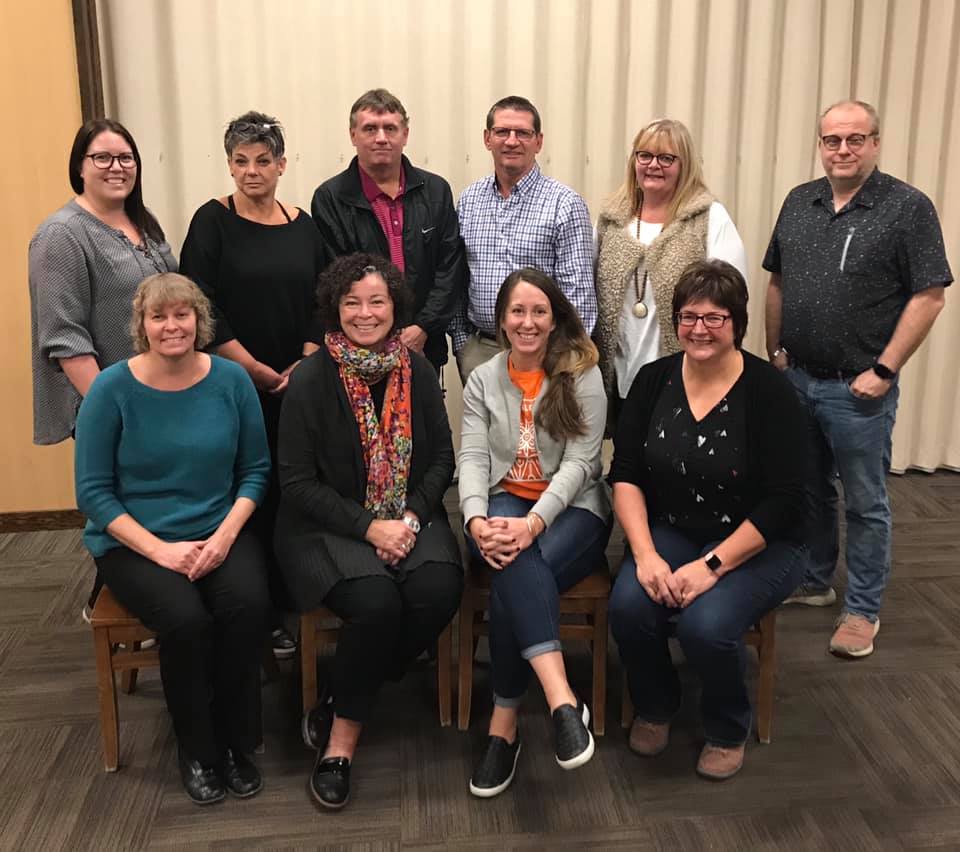 A Community Foundation is a collection of funds permanently endowed so that only the income earned is spent in any given year. The capital is retained in perpetuity to provide funding for community needs. In 1978, Keith Heming approached the two Councils (Town and Rural) to seek their approval for the establishment of a Community Foundation in Killarney to be modeled upon The Winnipeg Foundation. On November 5, 1979, The Killarney Foundation Inc. was incorporated pursuant to the laws of the Province of Manitoba and received charitable status from Revenue Canada.

Over the next five years, an extensive informational campaign was carried on by Keith Heming, principally by speaking to seniors groups to advise as to the benefits such an organization would bestow upon the community-at-large. Coupled with this effort was a determined program to ensure that grants made by the Foundation were seen to be, and, in fact were, of such benefit to the community that donors would be attracted to make the Foundation their charity of choice. At the end of 1984, The Killarney Foundation Inc. had an endowment fund of approximately $20,000.00. At that point, prominent citizens began to make arrangements (principally through their Wills) which, in the intervening years, has lead to an endowment fund of almost seven point five million ($7,500,000) Dollars at October, 2022.

One of the first large donations was received from the Estate of May Finlayson. She made her Will in the early 1980’s and passed away in 1985. In the interim, she had been the sole beneficiary of the Estate of her brother, the combined totals being approximately $167,000.00. Frank Collyer, a prominent local businessman, was diagnosed with a terminal illness that year and decided to endow a scholarship fund for Killarney Collegiate. The results of those acts of philanthropy soon attracted R. W. (Bob) Church and David Hendry who, during their lifetimes, became substantial donors. Wayne Freeman was a “young” farmer who passed away at the age of 57 years leaving an estate of almost One Million Dollars of which almost $350,000.00 became part of the General Fund of the Foundation. R. W. (Bob) Church died in 1999 leaving most of his Estate to an endowment fund for Tri-Lake Hospital in memory of himself and his late wife, Annie. A major gift of $70,000.00 to the Hospital in 2003 is a result of this generosity. In 2013, the late George Henry (Hank) Thomson contributed $250,000.00 to The Foundation. Subsequently, a scholarship fund was established with these funds, and many students have benefitted and continue to benefit from his generosity. In 2016, Irene Wild donated $40,000.00 for the establishment of the Tri-Lake Health Centre Palliative Care Fund, as well as $40,000.00 to the General Fund. In May of 2018, the Estate of Marguerite McKnight made a generous donation to the General Fund in the amount of $80,000.00. Other generous Estate donations include Robert Bates Estate of over $800,000.00; Esther Lawson Estate $100,000.00; Robert Fox Estate $56,443.00; Edith Madeline Randall Estate $37,500.00 and Roy Clark Estate $25,000.00.

One of the most important factors in the growth of the Foundation in Killarney has been strategic grant-making. The Foundation has been pro-active in determining community requirements, finding civic groups who could take on the sponsorship of such projects, and, with Board approval, moving the requirement into reality. A prime example of this initiative was the establishment of The Killarney & District Community Centre Inc. Through the financial efforts of the Foundation, Killarney obtained a large attractive facility which was in constant use by recreational, cultural and educational groups in Killarney and surrounding area. It was the home of the only summer-school program in southern Manitoba (except those located in the City of Winnipeg). A skateboard facility was added to the premises fulfilling an urgent community need by removing a large number of teenagers from Broadway Avenue sidewalks and providing them with “ownership” of their own facility where they could freely conduct their own social activities. The building, being a former school, was later discovered to have an asbestos problem. With the planning for a new recreational facility well underway, the Town Council made the decision to demolish the building. “The best laid plans ….”. The Killarney Foundation Board set aside 15% of the general revenues each year to help fund the new recreation facility. Another example was a partnership with The Kinsmen Club of Killarney that led to the establishment of a large, fully-serviced campground on the western edge of Killarney. The Foundation has also assisted with a new playground constructed by the Killarney Parent Advisory Council as well as financial assistance in building the Splash Park at Killarney’s Erin Park.

Since its inception, The Killarney Foundation Inc. has returned to the community, as of October, 2022, from undesignated funds account, over $2,400,000.00 and, in addition, has granted almost $2,000,000.00 from designated funds. It has become, without question, the leading grant-maker in the area. Its activities as a facilitator has strengthened community bonds by bringing groups together to work for the common good of the area. Grants have also been made in some small communities in the surrounding area. These communities (populations under 500 persons) are too small to establish their own Community Foundations and The Killarney Foundation Inc. is taking the lead to show them the benefits of establishing community funds within The Killarney Foundation Inc. The interest from any such funds would then be directed to charitable activities in the area from which such funds were obtained. As of June 30, 1997, such a fund has been established for the community of Baldur, Manitoba (population of 300 persons) from the estate of a Baldur resident who passed away in March, 1997. Other donations have also been received increasing the Baldur Area Endowment Fund to almost $203,000.00. There has also been the establishment of the Sandy Lake Area Fund with contributions of over $307,000.00 to date as well as the Erickson/Clanwilliam Area Fund with over $108,000.00 in contributions.

We believe that the asset development has occurred principally due to strategic grant-making. Each grant is viewed not only from the benefit that will accrue to the community but also with a view to raising the profile of the Foundation in the community. The funds of The Killarney Foundation Inc. are prudently invested to provide maximum income. Administrative expenses have been kept to a minimum to allow as much grant-making as possible. The result has been a large, visible grant-making program that receives maximum publicity through the local newspaper (Killarney Guide – published weekly).

All of the administration, investment management, publicity and general operations of the Foundation had been conducted by Keith Heming. For his volunteer efforts with The Killarney Foundation Inc., and his efforts to establish Community Foundations throughout Manitoba (as well as serving on the Board of Directors of Community Foundations of Canada), Keith Heming was awarded the Order of Canada in October 1999 and the Queen’s Jubilee Medal in 2003. Sadly, on July 5, 2016, Keith passed away from illness. Since then, investment management is handled by an investment company, and the Secretarial duties have been assumed by Shelley Vandenberghe of Killarney and Treasurer duties by Jackie Mitchell, also of Killarney.

The board has been working diligently to come up with an udated version of our policies to reflect our current values & mission.